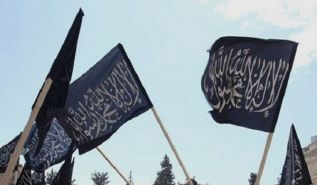 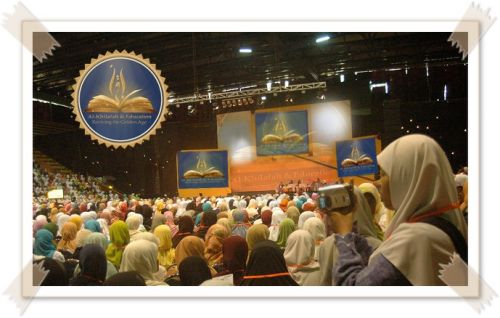 My Dear Honourable Sisters, I would like to bring this conference to an end by first praising and thanking Allah (swt) for all His Help in making this campaign and conference – “Al-Khilafah "Caliphate" and Education: Reviving the Golden Age” a great success Alhamdulillah. I would also like to thank all those who have worked so hard in this project to achieve its aims, as well as all of you who have attended this momentous and important event today, and those who have watched online – may Allah (swt) shower you with His infinite Mercy and rewards. Ameen. I also convey my gratitude to the Ameer of Hizb ut Tahrir, the eminent Sheikh Ata Bin Khalil Abu Al-Rashtah for all his support in the organization of this project. May Allah (swt) reward him immensely and aid him always in his great responsibility. Ameen.

My Dear Sisters, for too long, the vision for education in our lands has been shaped according to the dictates and interests of foreign colonial governments and their puppet regimes who have sought to weaken the Aqeedah of successive generations of this Ummah, confuse them about Islam, and sever them from their Deen.

For too long, education has served as a commodity to fill the pockets of big business, and its purpose defined shallowly along capitalist liberal lines of generating workers for the state or securing individual prestige.

For too long, the teachers of this Ummah have been undervalued and underpaid; the vital role they play in nurturing the thinking, skills, and behavior of the future generations ignored by the visionless regimes which plague the Muslim world.

For too long, the most brilliant minds of the Muslim lands have been lost to the West, or their skills and abilities squandered due to non-Islamic governments and systems who failed to appreciate their worth or provide means to enhance or harness their potential to serve the needs of the Ummah.

For too long, war, occupation and poverty have blighted the lives of the children of this Ummah, depriving them of a basic education to fulfil their hopes and their dreams.

My Dear Sisters, for too, too long, the education sector in our lands has served as a tool to colonize and enslave the minds of our young to the Western culture; and as a field for broken dreams and deep frustrations, where our youth have been robbed of their educational aspirations.

Sisters, as the Ummah who Allah (swt) defined as the best nation upon this earth, and who once led the world in learning and innovation, and raised distinguished scholars of the likes of Imam Malik and Al-Bukhari (rm), and world-class scientists like Al-Jazari and Ibn Nafis, the state of education in our lands today should NOT be like this and importantly, it does not have to be like this!

There has to be an education revolution in the Muslim world, but this can never ever materialize without the establishment of a political system based purely upon Islam which has a vison of greatness for this Ummah, this Deen, and this world. This system is nothing other than the Khilafah "Caliphate" based upon the method of the Prophethood. This state will return education to its rightful status – as a greatly valued possession and the means to better oneself and gain the Pleasure of Allah (swt). It will re-instate the correct purpose of education to raise exemplary Islamic personalities who are leaders in thought, role-models in their conduct, and vanguards of truth and justice. It will inspire individuals to seek knowledge for the sake of serving the true needs of humanity and improving the lives of people, and raise the rank of those who are the learned and educators of society to a position of high-esteem. And the Khilafah "Caliphate" will establish an education system that would be the envy of the world in its excellence, and a beacon for how education should function; where its classrooms would once again be the place where dreams would take root, with lessons that open minds, spark creativity, and capture the imagination, where we can say to our children…. “Dare to Dream for Insha Allah those dreams will come true.”

My Dear Sisters, I now turn my words to you, the honourable teachers and learned of this Ummah. What a great, great status and opportunity that Allah (swt) has bestowed upon you as the educators of the future generation. Indeed, the Messenger (saw) described the ones blessed with great knowledge as the heirs of the Prophets, peace be upon them. But with such a high standing comes an immense responsibility, for the Prophets were also those who were at the forefront of the struggle for Islam. And as their inheritors, this is the legacy that Islam also demands upon you to follow. So we, your sisters in Hizb ut Tahrir call you to take your rightful position and join us in this noble dawah, exerting all your efforts, and all the influence that Allah (swt) has granted you, to establish this glorious Khilafah "Caliphate" State, and to raise generations who will also be at the forefront of struggling for this Deen. Through this noble work, sisters, you will have the honour in this life and the next of returning the System of Allah (swt) to this earth, alongside the promise of attaining the most glorious rewards in the Hereafter. The Prophet (saw) said,

“He whom death overtakes while he is engaged in acquiring knowledge with a view to reviving Islam with the help of it, there will be (only) one degree between him and the Prophet in Paradise.”

More in this category: « ISLAMIC EDUCATION IN PAKISTAN: PAST AND PRESENT Talk 9: Guidance for Islamic Education in the Absence of the Khilafah »