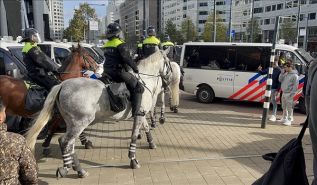 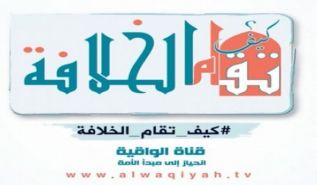 On Wednesday, November 23rd, the Tunisian government announced, in a joint statement to the Ministry of Industry, Energy and Mines, and the Ministry of Trade and Export Development, the increase in the prices of some fuels, starting Thursday, 24/11/2022 at zero hour, as follows:

Gasoline without sulfur: 2205 millimes per liter

This increase in fuel prices is the fifth this year, as the first increase was in February, the second was in March, the third in April and the fourth in September, bringing the total increases this year in the price of fuel to about 20 percent.

We in the Media Office of Hizb ut Tahrir / Wilayah of Tunisia, in the face of this injustice inflicted on the people of Tunisia, highlight the following:

1- Undoubtedly, the job of these rulers, in light of the functional state that exists in our country, is to obey the orders of the International Monetary Fund (IMF). These orders include lifting subsidies on commodities, linking the currency rate to the value of the dollar, and reducing government spending, which means that the state does not spend on taking care of people's affairs in education, health and others.

2- This increase will lead to an increase in the cost of transportation, and consequently an increase in prices and high prices for people in light of the high rates of poverty and unemployment and in light of the low salaries that do not meet the price of necessary sustenance, not to mention housing, clothing, medical care and education, and will occupy people with searching for a living!!

3- The president’s government is a failed government and incapable of managing the affairs of the country and people. Its greatest concern is to implement the dictates of the colonial West and its financial institutions, and to give the country’s wealth and the interests of the people as offerings and dowries to the IMF, thus begging to continue in the seat of government, with crooked legs!!

4- The reason for the failure of this government is; its loss of the compass and its application of the system of taxes, the capitalist system, and the repetition of the same solutions that bring hardship and misery, and its abandonment of the system of care, the system of Islam. Allah (swt) has threatened the one who carries out this action by saying:

(وَمَنْ أَعْرَضَ عَنْ ذِكْرِي فَإِنَّ لَهُ مَعِيشَةً ضَنْكاً وَنَحْشُرُهُ يَوْمَ الْقِيَامَةِ أَعْمَى) “And whoever turns away from My remembrance - indeed, he will have a depressed life, and We will gather him on the Day of Resurrection blind.” [Ta-Ha: 124].

5- This policy is a policy of injustice, impoverishment, starvation and exhaustion of people, and its cause is only the corruption of the rulers and the corruption of the capitalist system by which the rulers rule. The regimes implemented in our country and in the rest of the Muslim countries are secular capitalist systems that separate religion from the state. They are systems enacted by humans according to their whims and desires, and therefore will inevitably lead to misery and deprivation. We remind the rulers of what the Messenger of Allah (saw) said:

Accordingly, we in the Media Office of Hizb ut Tahrir / Wilayah of Tunisia:

Strongly condemn the plan of this failed government, which is on the path of mortgaging and selling the country, which was carried out by the previous governments. This is because this plan, in addition to empowering colonialism and its financial tools in our country, further humiliates the people of Tunisia and deprives them of their natural wealth for the benefit of foreign companies looting their wealth.

We direct our advice to our people in Tunisia: that the solution to the hardship we are in, of living and abhorrent dependence on the kuffar and colonial West that is known and not unknown, is the rejection of the capitalist ideology and its economic and financial system, and the refusal to respond to international pressures and its financial institutions, especially the IMF, and the refusal of international aid and loans from its banks. In return, to activate of the Islamic civilizational project to foresee a new, safe and secure life free from economic and financial crises, in the light of the justice of the Islamic economic system.

Islam has established a divine system that prevents any class in society from controlling all other people. Allah (swt) says:

“...then whoever follows My guidance will neither go astray [in the world] nor suffer [in the Hereafter] * And whoever turns away from My remembrance - indeed, he will have a depressed life, and We will gather him on the Day of Resurrection blind.” [Ta-Ha: 123-124].

More in this category: « The Francophone Summit Held in Tunisia is the Summit of Failure and Betrayal Despite the Cunning of Western Circles and the Farce of the Legislative Elections, the Ummah's Revolution Continues to Establish the Islamic Khilafah »