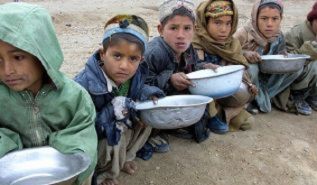 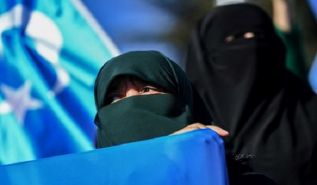 The 18th conference of heads of state and government that shares the use of the French language, which is called the Francophone Summit, will be held on the island of Djerba on November 19 and 20, 2022, after repeated hindrances since it was announced in 2020 that it will be held in our country.

We, in the Media Office of Hizb ut Tahrir / Wilayah Tunisia, are interested in reminding the public of the following facts:

1- Since France knows very well the influence of language on people and in refining their culture and concepts, it strives today to recover its colonies by spreading its culture and imposing its language on some other countries, including Tunisia in order to tighten its grip on it and to govern it according to its civilization. The Francophone Summit is no more than a tool that France utilizes to find a foothold among the great powers working to own and control the world.

2- Francophone today is one of the tools of colonialism in its struggle with the Islamic Ummah, and part of its plan to perpetuate domination because hegemony over the thought of people, including their language, ideas and values it carries, makes them blindly subordinate to Western thought, and this explains the insistence of the President of France, even his obsession with imposing the French language. When he visited Tunisia in 2018, he explicitly affirmed, rather with ugly expression, that "Francophone is not an old project, but rather a future project, as speaking the French language is a real opportunity, on the linguistic, economic and cultural levels." The project, then, is a political and a civilized project that aims at deforming peoples and stripping them of their culture, and focusing on Muslim countries that revolt against the West in particular has more than one indication: it aims at cultural penetration; it is no secret to anyone that France is waging a war against Islam as its support for those who abuse the Messenger of Allah (saw) is notorious, and its hostility to Islam is glaring and recurrent, and its laws that it enacted to fight every manifestation of Islam in France are known to the whole world.

3- Bourguiba was one of the subordinates of the Francophone in our country and the most prominent of such elites who were deprived of their will and lost their sight and foresight. It is no secret that he provided services to the Francophone, not only in Tunisia, but in all of the Maghreb. His proposal in 1965 was to establish a "French Commonwealth that includes all the peoples who speak French." He was proud to be the spiritual father of Francophone in the Maghreb. He said in one of his interviews: "Our future is linked to the future of the West in general and solidarity with the future of France in particular... Today we are heading again to France. It was I who led the movement calling for the Francophone; the linguistic bond that unites the various African countries is stronger than the bonds of climate or geography."

4- Today President Kais Saied walks in the footsteps of Bourguiba, but perhaps he is competing with him. For him, France is neither a colony nor a criminal, but rather it came to Tunisia to protect it (just like that!), and he does not stop fighting for the Francophone summit and threatening those who try to thwart it, as he leveled accusations against parties he did not name which seek to disrupt his country's efforts to host this summit.

We in the Media Office of Hizb ut Tahrir / Wilayah Tunisia affirm that colonialism failed miserably in our country, despite its great material capabilities and despite the army of agents and those imbued with Western culture with the likes of Bourguiba, despite that it was unable to turn the Tunisians away from Islam. They could not uproot it from the souls and hearts, and their disappointment was great. Everything they did to pacify the people was in vain, and the revolution was against this hateful colonial legacy, and the people came out calling for the overthrow of the regime; this regime that was established by the Europeans and was implemented by Bourguiba and Ben Ali. Then came new rulers who rode the wave of the revolution, and they all worked to delude the people into making change and preserving the "gains of the revolution." However, their intrusiveness was soon exposed, and it was revealed that they were mere alternatives that the West had fabricated and pushed to the front ranks to ensure its continued dominance. That is why our people in Tunisia rejected them and refused to submit to them. The revolution is still happening and will not stop until it overthrows the Western influence and removes with it the agents and servants of colonialism, and then a real state is established that represents the Muslims and takes care of them with the rulings of Allah the Almighty.

“˹The hypocrites are˺ those who wait to see what happens to you. So if Allah grants you victory, they say ˹to you˺, “Were we not on your side?” But if the disbelievers have a share ˹of victory˺, they say ˹to them˺, “Did we not have the advantage over you, yet we protected you from the believers?” Allah will judge between ˹all of˺ you on the Day of Judgment. And Allah will never grant the disbelievers a way over the believers.” [TMQ An-Nisa:141].