Isn't It Time to Hold America and Western Countries, the Instigators of Terrorism, Accountable?!

THE FRUITS OF A BRUTAL CIVILIZATION IS AN UNCIVILIZED SOCIETY

Demand the End of Co-Operation with the US, to Secure the Prestige of Our Armed Forces, Our Lands and Our Deen

A continuation of thepublic events held by Hizb ut Tahrir / Wilayah Sudan in the different regions and provinces of the country to create an informed public opinion of the provisions of Islam and its solutions related to the different systems of life, which dealt with the draft transitional constitution and the various taxes and levies.

Hizb ut Tahrir / Wilayah Sudan held a political address in Omdurman West locality entitled: “The Lawyers’ Constitution Draft What It Has and What It Is” on September 21, 2022 in Libya Market, in which Ustaadh Ishaq Muhammad Hussein spoke that if the law is made for humans, it brings them misery, and differences according to their nature and environment. The draft transitional constitution for the Bar Association is a secular draft that separates religion from life and the Kufr projects in our country accelerate a war on the remaining legal provisions in legislation and laws by signing CEDAW and normalization with the Jewish entity. It is a constitution based on the separation of religion from life and thus the separation of religion from politics and the state and they want to make this creed a basis for all the constitutions of the world, including the Islamic world, and Sudan is a part of it.

Under the title: “Prohibited taxes and their impact on people’s livelihood”, the Shabab of Hizb ut Tahrir / Wilayah Sudan held a political address in the locality of Khartoum on September 29, 2022, in the vicinity of the land port in Khartoum where Ustaadh Fadhallah Ali spoke about the economic situation in the country in general, and about the decisions of the Minister of Finance that made people’s lives a hell, and which caused traders to close markets, and to raise the prices of goods and services. The speaker explained that the main reason for this dire economic situation is taxes, customs and levies, these funds, which represent the main resource for the state, according to the statement of the Minister of Finance. He explained to the attendees how these fees imposed by the state on merchants narrow people's pensions, increase prices, and set real examples of people's suffering in order to earn a living.

Also, Hizb ut Tahrir / Wilayah Sudan held its regular forum in the city of El Obeid on October 8, 2022 under the title: "Exorbitant taxes imposed on traders, what is the solution?" In the first paper, Ust. Hassan Farah talked about the effects of taxes on society, indicating that they raise prices and cause people to go to high prices. In the second paper, Ust. Al-Nazir Muhammad Husayn spoke about the solution to the problem, which lies in the removal of capitalist systems and the application of the Islamic system by establishing the Khilafah Rashidah (Rightly-Guided Caliphate) on the method of the Prophethood. The obligation that Allah (swt) imposed on Muslims. The interaction was good, as Ust. Muhammad Atron, who studies at the secondary level, participated, thanking the party for its active role in enlightening people about Islam, stressing that the solution is in Islam.

Under the title: "The Expected Ministerial Formation and the Absence of Principle", the Shabab of Hizb ut Tahrir / Wilayah Sudan held a political address in Omdurman West on October 12, 2022, in the Libyan Market, in which Ust. Abd al-Rahim Abdullah began his talk about what is going on here and there inside the corridors of the functional (national) state whose seed has been watered and nurtured by the Kaffir West. Whenever the pillars of the state are shaken and matters are complicated in solving the problems it faces, the arrows are directed towards the state ministers, and they change the ministerial staff to prolong the life of these man-made systems. In conclusion, the speaker asked the attendees to work with Hizb ut Tahrir, which has prepared a detailed constitution for governance, administration, economy, society and others, and for the people of strength and strength to support Hizb ut Tahrir, a victory that restores the second Khilafah Rashidah on the method of the Prophethood.

The Shabab of Hizb ut Tahrir / Wilayah Sudan held a political address in Madani locality entitled: “The Constitution of Muslims must be the source of inspiration and not human minds.” On October 23, 2022, at the bus stop in the Great Market, Ust. Sowar explained the meaning of the constitution and its importance in respected countries. As for cartoonlike statelets, the constitution has no value for them, and that Hizb ut Tahrir has prepared a constitution whose source is the Revelation; the Book of Allah and the Sunnah of His Messenger (saw).

Delegate to the Central Media Office of Hizb ut Tahrir 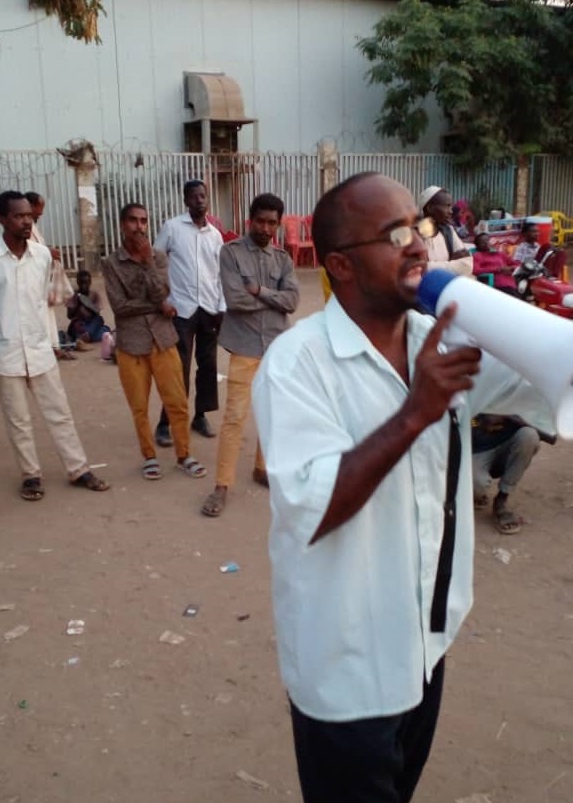 Isn't It Time to Hold America and…