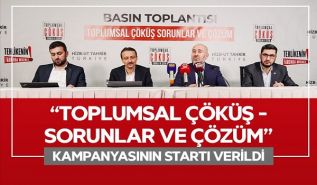 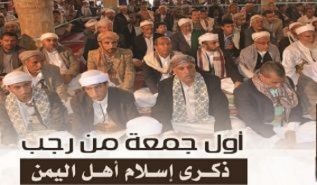 Anadolu agency reported that Thailand has appointed the first Muslim woman governor, as a sign of “improvement of Muslim women in politics,” according to observers. Pateemoh Sadeeyamu, 57, has been appointed as the new governor of southern Pattani province. The Thai Cabinet approved the elevation on last November. With a career spanning almost 29 years at the Interior Ministry of the Buddhist-majority nation, she earlier served as deputy governor of Narathiwat province. Of the 77 provinces, four southern provinces of Pattani, Yala, Narathiwat, and Songkla have seen conflicts for several decades with National Revolutionary Front as the main rebel group. Padeeyamu’s elevation as provincial governor is seen as “leading to the positive perception of many Muslims.”

Nearly 250 years the Patani Muslims experienced oppression, and their lands were confiscated by the Thai Buddhist regime. Now they are living a life in a state of protracted conflict in the South of Thailand, they are not allowed to use Islamic names, Malay language and Malay culture. In fact, Patani Muslims was deprived of their cultural roots, kept away from their religion, and it could be said that matters related to Malay and Islam were complicated by the Thai government. Southern Thailand is an area under martial law and has a long history of violence against Patani Muslims so far. Following deadly violence in 2004, recorded by Deep South Watch, more than 7,000 people were killed and 13,000 injured in armed conflicts from 2004-2020.

So, can the appointment of Muslim women as governors resolve the conflict in Southern Thailand? In fact, the appointment of a Muslim woman in Southern Thailand is arguably irrelevant to the structure of the crisis in this area. In recent years, the developing opinion for solution is to provide autonomy to the deep south region, which this effort certainly requires policy contraction from the Thai regime. Malaysia has been appointed as a mediator for peace efforts in this conflict area for the last 5 years. The peace solution in exchange for autonomy relatively considered effective because it refers to two similar cases in Southeast Asia, namely in Aceh, Indonesia and Mindanao, in the southern Philippines, where initially there were groups who wanted independence but chose peace in exchange for special autonomy.

As a result, the appointment of Pateemoh Sadeeyamu is arguably not going to have any effect other than as sweetener politics of the Thai regime to win the hearts of Pattani Muslims. Especially with the bureaucrat character of Sadayamu as a senior civil servant in the Thai government, it is almost certain that she will not dare to make critical standing position against many policies of the Thai Buddhist regime.

For this reason, Muslims should not (again) be trapped by political sweetener and the lure of democracy in the form of autonomy. The appointment of a Muslim woman to a political position, apart from being irrelevant to the root of the problem, is also a signal of disaster for a people, as the Prophet (saw) said: «لن يفلح قوم ولّوا أمرهم امرأة»“Never will succeed such a nation as makes a woman their ruler.” (Bukhari)

More in this category: « Syria is the Drugs Production Capital of the Middle East under Capitalist Rules Capitalist Economic Managers Have No Way to Rescue Pakistan from Economic Crisis »