Russia is Trying to Maintain its Influence in Central Asia O Muslims: Come and Work with Us for the Sake of the Khilafah, Caliphate, in which the Glad Tidings are Fulfilled and Under its Shade Eids will return as Eids! Whether Smart or Complete Lockdowns, Federal and Sindh Governments are Political Point Scoring over Coronavirus, Whilst Neither Look After the Healthcare and Economic Needs of Muslims

Press Release
The Horrific Murder of a Muslim Family in Ontario, Canada, Has its Roots in the Islamophobic Political Discourses and Policies of Secular Western States

On Sunday 6th June, a Muslim family in London, Ontario, Canada was murdered in a horrific terror attack by a driver who deliberately mowed them down in a truck, killing a 74-year-old grandmother, 46-year-old father, 44-year-old mother and 15-year-old teenage daughter. A 9-year-old boy was also seriously injured. The police stated that it was a “planned, premeditated act, motivated by hate” and that the “victims were targeted because of their Muslim faith.” The attack comes amongst a rising wave of Islamophobia and hate-crimes against Muslims in Canada. In recent months, many Muslim women in Hijab have been attacked in Toronto, Montreal, London and other cities. In September 2020, a Muslim man was fatally stabbed outside a mosque in Toronto. And four years ago, an Islamophobe killed 6 people as they were praying in Quebec City Mosque. In fact, according to Statistics Canada, hate-crimes against Muslims in the country have more than tripled between 2012 and 2015, with over 180 incidents against Muslims in 2019. Furthermore, a 2016 survey by the Ontario Council of Agencies Serving Immigrants, found that only 32% of Ontarians had a “positive impression” of Islam, while a 2017 survey done for Radio Canada reported that almost one in four Canadians would favour a ban on Muslim immigration, with 51% of respondents in Canada and 57% in Quebec stating that they felt the presence of Muslims in the country made them “somewhat” or “very worried” about security.

Such pervasive attitudes, hatred and religiously motivated attacks against Muslims do not arise within a vacuum. They are the result of the systematic demonisation of Muslims and their Islamic beliefs that has taken place within many Western secular states over the past two decades by politicians of all hues, mainstream media and various institutions and organisations. Inflammatory Islamophobic rhetoric by politicians and journalists - against everything from the hijab and niqab to Islamic marital and family laws, gender separation, defending the sanctities of the Prophet (saw), support for the liberation of Palestine from the usurping Jews, belief in a global Muslim Ummah, and the support for the implementation of an Islamic system in the Muslim lands - has been justified and camouflaged under the spurious guise of ‘political debate’, ‘freedom of expression’ and ‘protecting democratic values’. In addition, the staunch separation of church and state by extremist secular governments has stigmatised, marginalised, and demonised Muslim minorities and treated them like second-class citizens – as evident by bans on various Islamic beliefs, such as hijab and niqab. Quebec’s Bill 21 for example, which bans public sector workers from wearing the hijab, has “institutionalized gendered Islamophobia” and has been blamed for a rise in attacks on Muslim women wearing Islamic dress in the Canadian province. Meanwhile, flawed anti-terrorism and anti-extremism measures by Western secular governments have profiled Muslim populations as suspect communities, and an enemy from within, due to promoting false narratives that conflate Islamic political and social beliefs with extremism and violence, and national security threats, resulting in Muslims being subjected to discriminatory surveillance and arrests. Whether it’s Canada’s C-51 terrorism legislation which differentially targets Muslims with monitoring and detention; or France’s separatism bill and Britain’s PREVENT strategy which stigmatise Muslims for their Islamic beliefs; or Austria’s national ‘Islamic map’ which identifies the location of mosques and Muslim organisations in the country to fight ‘political Islam’ – they are all responsible for stoking the fire of Islamophobia and anti-Muslim attacks.

This is state-sponsored Islamophobia instigated by secular governments who are engaging in the ‘politics of fear’ by portraying the expression of Islamic identity by Muslims as a threat to their societies to fight the rising Islamicization of Muslims in the West and internationally. It has created a breeding ground for xenophobic racial violence and is the driving force behind the epidemic of anti-Muslim hatred which is gripping Western states today. This is further proof of how the secular ideology and system is inherently flawed, divisive, discriminatory and dangerous, and why as Muslims, we need to present Islam as an alternative ideological system and tried and tested model of how to create true harmony and respect between those of all religious faiths.

More in this category: « Women of Al-Aqsa Are Crying out, Wa Islamah, Wa Aqsa! Will Someone Respond to the Call? Press Release Targeting of Civilians is to Subjugate Revolutionaries to the Criminal’s Solutions » 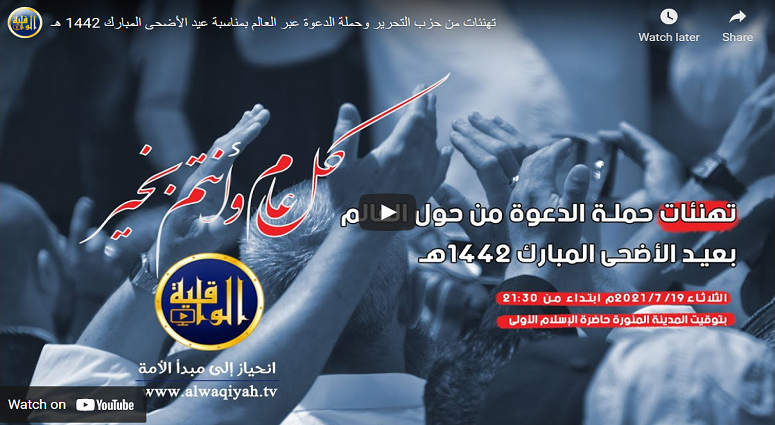 Russia is Trying to Maintain its Influence…