CEDAW is the Crime of the Century against the Muslim Woman 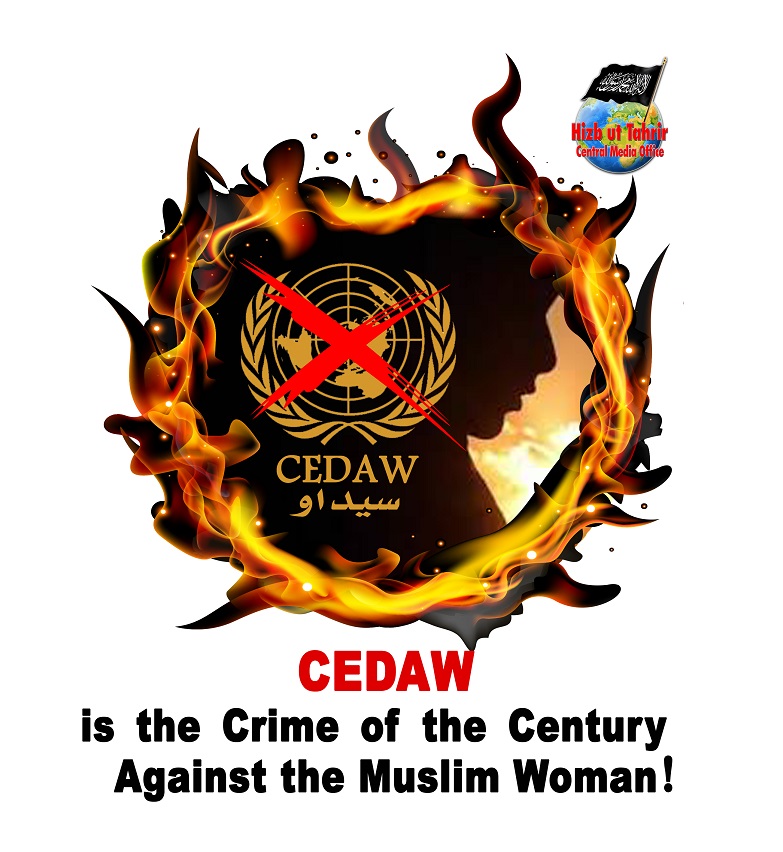 The Kafir West has deliberately and strived past and present, to destroy the family, society and the entire Muslim Ummah, has taken the issue of the woman and adopted them in the dissemination of their civilization and concepts, especially in Islamic countries, has focused on essential and dangerous headlines to achieve victory over the provisions of Islam such as the renewal of religion, and the development of religious discourse and amend the legal provisions to conform to their claim with modernity and modernity, aiming their poisonous arrows towards Muslim women and their original role and chastity to make sure of the importance of their role in the life of the family and society. Accordingly, the United Nations adopted all this and concluded several conventions and international declarations, such as the Declaration on the Elimination of All Forms of Discrimination against Women (CEDAW) in 1979, this ominous convention that is no less ominous than the Balfour Declaration. The convention on "Abolition of laws and customs without exception to those based on religion and the replacement of international laws."

Therefore a series of international conferences were held in order to devote conventions and work to implement and achieve them. The first conference in 1975, called the International Women's Year, was held in Mexico City, calling for equality, development and peace ... This was a cunning call for equality between women and men. This campaign was intended to raise the awareness of Muslims in general and Muslim women in particular on the danger posed by these poisoned agreements, especially (the Convention on the Rights of the Child). And the risk of women's associations, which revolve in the orbit of the Kafir West colonized and promoting his or her own corrupt cultures and ideas. Allah is the Almighty, they plot and plan and Allah is the Best of planners.

Video by Dr. Nazreen Nawaz
Director of the Women's Section of the Central Media Office of Hizb ut Tahrir