Rejecting the Insults at the Prophet Muhammad (saw)

After the French satirical magazine Charlie Hebdo, which republished insulting cartoons of Rasulallah (saw) ahead of the trial of the accused in the attack on its Headquarters in 2015, which resulted in the death of 12 employees. Hizb ut Tahrir/ Wilayah Pakistan has launched a mass campaign on the social media sites against the insults aimed at the Messenger of Allah (saw).

O Allah, Restore our Shield, The Rightly Guided Khilafah on the Method of the Prophethood. Ameen! 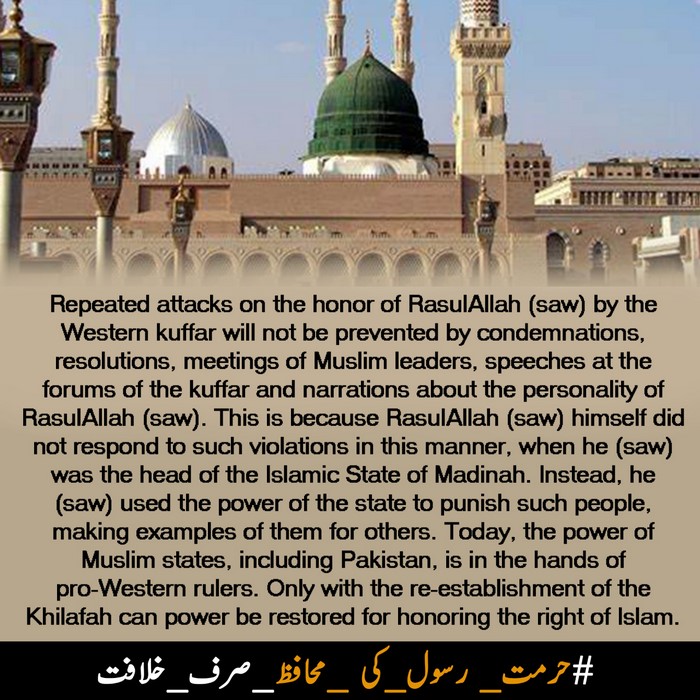 View the embedded image gallery online at:
http://hizb-uttahrir.info/en/index.php/dawah/pakistan/20096.html#sigProId4c30702f3c
More in this category: « Wilayah Pakistan: Testimony of Yusufzai Regarding Naveed Butt!