As a closing to a two-week campaign entitled "Close Liquor Factories" by Hizb ut Tahrir / Malaysia (HTM), the party have handed over a Memorandum to three ministries, urging them to shut down all existing liquor factories throughout Malaysia, in order to curb the problem of drunk driving and other liquor-related problems in the country.

When the party’s delegation, led by its Spokesman Ustadh Abdul Hakim Othman arrived at the first location ie. the office of the Minister in the Prime Minister's Department (Religious Affairs), it was very disappointing and annoying when the office denied HTM’s appointment. As a matter of fact, the appointment had already been made beforehand. As a result, no representative was sent by the Minister to accept the Memorandum and the delegation was asked to give it to the security officer instead.

In his comment during a Press Conference held right after the submission, the Spokesperson of HTM expressed his disappointment over what happened. “How could the Ministry dare to say that no appointment had been made, when HTM has all the particulars of the person in charge that HTM spoke to when making the appointment, and the said person was in fact present in the office when the delegation of HTM arrived?”, lamented Abdul Hakim.

In the Memorandum, HTM urged the Religious Minster to voice out loud and clear, and with courage, that the existence of liquor factories in Malaysia and the open selling of the said Rijs in so many outlets across the country is prohibited (Haram). Therefore, they should be closed immediately without compromise or excuse, since this is the root cause of the accidents caused by drunk drivers. However, it is very unfortunate that the Minister remains silent over the issue, and had the audacity to not accept the Memorandum.

The HTM’s delegation then moved to the final location that is the Ministry of Domestic Trade And Consumer Affairs. Again, the delegation was welcome amicably there, and the representative of the Minister who received the Memorandum, had promised to hand it over to the Minister himself. A short discussion took place between the two, and Abdul Hakim stressed to the representative the root cause of the drunk driving is actually coming from this Ministry, that has the absolute power to grant and retract licenses to all liquor factories and outlets in Malaysia.

“Even though we know that the government is not going to close all those liquor factories since this government not established and ruled by Islam, it is our obligation to account them for their infringement of the Divine Law, and at the same time, we, Hizb ut Tahrir are working to re-establish the Caliphate (Khilafah) in order to implement the Divine Law comprehensively”, said Abdul Hakim in his statement. 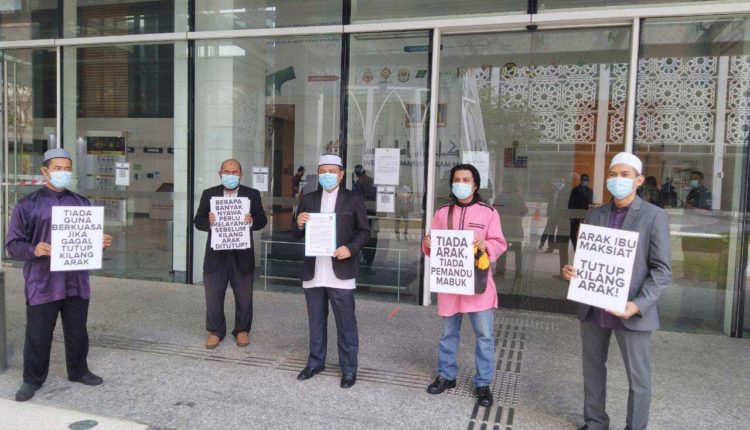