UPDATED: Wilayah Sudan: Protest in front of the Council of Ministers, Rejecting the Separation of Religion from the State

Oh! Muslims in India! Give-up the “Minority Tag (Feel)” Awarded to You

Be Proud to be Muslims!

India has recently passed a law called Citizenship Amendment Act in Dec 2019, which will grant citizenship to religious minorities except Muslims from neighboring countries. This new law is an amendment to the 1955 legislation and provides Indian citizenship to "persecuted" minorities - Hindus, Sikhs, Buddhists, Jains, Parsis and Christians - from Bangladesh, Afghanistan and Pakistan, but it makes no reference to Muslims. The legislation was pushed through India's Parliament by the ruling Hindu nationalist Bharatiya Janata Party (BJP) and ratified by President Ram Nath Kovind on December 12. This law, when coupled with the National Register of Citizens (NRC), will provide citizenship to non-Muslims and will render the Muslims stateless. Opposition parties say the law is discriminatory as it singles out Muslim minorities in an officially secular nation of 1.3 billion people. Muslims form nearly 15 percent of the population in India. Critics point out that the move is part of a Hindu supremacist agenda of putting Muslims as a pivot to polarize non-Muslims for their vote bank, which this government of Prime Minister Narendra Modi was pushing since it came to power nearly six years ago. Numerous protests were undertaken against the bill including many among the student fraternity taking action and especially at Jamia Millia Islamia (JMI) University. Social media has been rife with videos of baton wielding police officers and other closed individuals violently beating men, women and children. Taking advantage of this situation and of the natural fear developed among the Muslims with these types of laws that make them stateless, the left and centre left political parties (UPA) present themselves as a defenders of Muslims’ rights as a way to gain support of the Muslim community to win the next election. From a Muslim’s perspective, this scenario has been similar ever since India was given independence in 1947. Every time, Muslims are merely seen as a vote bank. Vote bank politics is a common feature of the Indian Democracy as is the case with all Democracies in the world.

Amid all this melodrama and seemingly never ending problems, it is vital for the Muslims to be determined to struggle in defining a valid path forward as a complete solution. While defining the path, the Muslims need to find answers to questions like this: Should Muslims stay away from protests that are taking place under the banner of nationalism, secularism and in saving the democratic constitution and keep themselves apolitical and isolated? Or should they show more participation and integrate themselves into the system of democracy to work their way out? Or find an alternative to solve the existing problem?

The Reality of Democracy:

The system of Democracy, which translates as “The Rule of the People”, is a 2500 years old theory originated in Greece during sixth century B.C. It is a political system emanated from human mind, and also it depends on the human mind for its legislation. But, the reality of the human mind is that it is limited; it cannot comprehend the purpose of existence of life, what was before this life, what will be after this life, and what is absolute good and what is absolute bad. Therefore, for the Muslims, the best Ummah brought forth for humankind as a witness over the affairs of humankind, it is important to know whether they need to join or refrain from the fallacious man-made system or to find an alternative while defining a way forward, a road map, blue print or line of action to solve the existing problems.

Democracy is a system of governance that emanated from the Kufr Aqeedah (doctrine) called Secularism. Secularism emphasizes that religion and God cannot play any role in political affairs of the society and empowers the people of the society to legislate laws based on their own mind. Thus, people elect their representatives to form the government in order to carry out legislation for the society on their behalf. Therefore, sovereignty and authority are endued to humans and not to Allah. While Allah (swt) clearly mentions in the Qur'an: [إِنِ الْحُكْمُ إِلَّا لِلَّه  [“Sovereignty belongs to Allah alone.” [Surah Al-An'am 6:57]

In Democracy, humans legislate and, thereby, they undertake a role that none other than Allah (swt) can undertake. With this viewpoint of life and secular doctrine (Aqeedah), the Ruboobiyyah (Lordship) of Allah is limited to individual affairs and excluded in societal matters as humans with their limited mind are made to legislate and to decide upon Halal and Haram for the society. It is this precise action that was prohibited by the Prophet (saw) as reported in the hadith of Adi bin Hatim.

[اتَّخَذُوا أَحْبَارَهُمْ وَرُهْبَانَهُمْ أَرْبَابًا مِنْ دُونِ اللَّهِ [“they (Jews and Christians) have taken their priests and monks as lords (Arabic: arbaab; plural for rabb) besides Allah.”(9:31), the Prophet (saw) said, «بَلَى إِنَّهُمْ حَرَّمُوا عَلَيْهِمُ الْحَلَالَ وَأَحَلُّوا لَهُمُ الْحَرَامَ فَاتَّبَعُوهُمْ فَذَلِكَ عِبَادَتُهُمْ إِيَّاهُم»“As for them, they did not worship them, but rather when they made something lawful for them, they considered it lawful and when they made something unlawful for them, they considered it unlawful.” [Sunan at-Tirmidhi]

From this, it can be understood that giving the authority to legislate into the hands of others than to the Shari’ah from Allah (swt) amounts to taking Lords beside Allah (swt). This is the Shar’i ruling on Democracy. The Islamic Aqeedah, on the other hand, mandates that Allah (swt) should be taken as the only legislator in all matters of life from societal to individual. In Islam, Sovereignty and the right to legislate belongs to Allah (swt) alone, and the authority to elect the ruler (i.e. the Khalifah) belongs to the people. This is the basic difference between Democracy which is based on the Aqeedah of Secularism and the Khilafah which is based on the Aqeedah of Islam.

How should Muslims respond?

First and foremost, Muslims in India must give up the inferior feeling emanating out of ‘the minority tag’ assigned to them after the so-called Indian independence of 1947. Under this tag, Muslims have come to live in an inferiority complex and an unnecessary fear psychosis. They must give up this inferior feeling of being tagged as minority and they must proudly define their identity as Muslims alone and realize their position as leaders of humankind - leaders who lead towards the path lit by the Light from the Creator of humankind and all that exists. They should never forget that the greatest contribution that even today’s India stands for was from the Muslims who ruled this land by Islam for over 10 centuries and implemented the just system of Islam over its population.

Muslims should always carry the vision that Rabee’ ibn Amir (ra) carried in front of Rustum, the Persian army commander, who asked Rabi as to what was their mission and why had they come to Persia? Rabee’ said, “Allah Azzawajal has sent us to deliver you from worshipping the creation to worshipping the Creator of the creation and to deliver you from the constriction of this world to the vastness of this world and the after-life and from the oppression of the religions to the justice of Islam. Allah Azzawajal has sent us to save you from worshiping each other.”

It is the Muslims' duty to call and invite people towards the Islamic Aqeedah and the Islamic way of life. They should expose the fallacies and weakness of the fragile man-made system called Democracy and present the Islamic way of life as the only option for this life and the hereafter. They should keep their nafs (souls) in control and tame their desires to accept this hard fact that Democracy is a system of Kufr and the only solution for humanity is in Islam. Indeed, Islam, with its Aqeedah and its way of life, is the only solution for all problems that humanity is facing today. Islam is the divine system which has been revealed by the Lord of mankind, Allah (swt). Hence, instead of seeking solutions from a weak, flawed, man-made system of Democracy, the Muslims who are the Best Ummah brought forth for mankind should assume the position of leadership and embark on the project of liberating mankind from the darkness of man-made systems like Democracy and Capitalism into the light of the Islamic system that will establish justice for all irrespective of race, religion, caste, nationality or ethnicity. They must do this by following the methodology of Prophet Muhammad (saw). They must reject democracy and take up the establishment of the Islamic political system, the Khilafah (Caliphate), to resume the Islamic way of life as the vital issue and consolidate their efforts in this direction with full thrust once and for all.

“And whoever desires a Deen other than Islam, it shall not be accepted from him, and in the hereafter he shall be one of the losers.” [Surah Al-e Imran 3:85]

More in this category: « Citizenship Crisis of India 2019 - The Islamic Viewpoint A Decade On: Lessons from Syria » 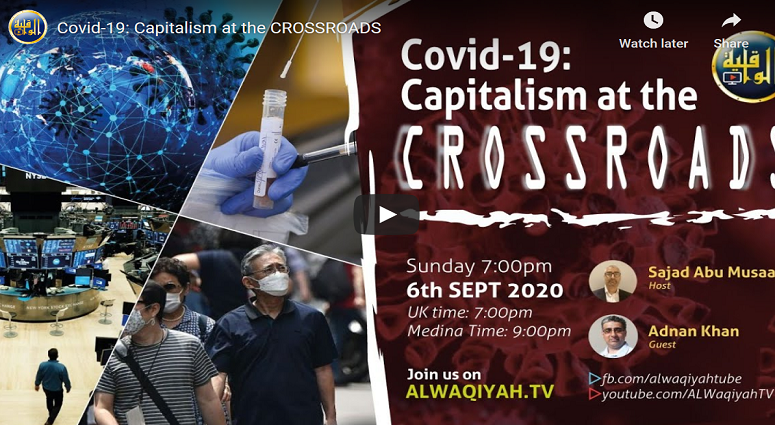